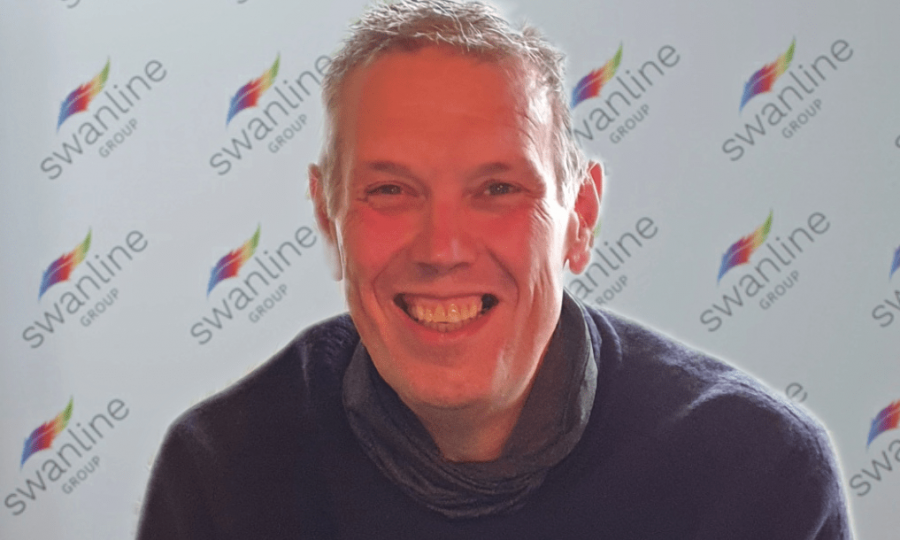 Paul started with Swanline Print as an estimator 13 years ago and has progressed through several promotions to Director of Commercial Activities in 2019.  He says this was the proudest moment of his life and a day he will never forget.

Before Swanline, Paul had an extremely varied career – from engineer, to cognitive therapist, to working for the government to manage and oversee the closure of the UK’s entire stock of cold war nuclear bunkers! Paul took a role as a printer in 1993, and his career within packaging began.

Paul is responsible for sourcing new materials and suppliers and managing the existing supplier base, as well as looking after Swanline’s internal sales order process and estimating teams from a technical perspective.  Internal production reviews are conducted by Paul, ensuring jobs are produced in the most efficient way, alongside some project management and recruitment. Paul also manages the IT needs of both Swanline Print and Swanline Paper and Board.

When asked what Paul’s favourite part about working at Swanline is, he told us: “I actually feel really lucky as I enjoy what I do for a living, plus I feel pride with what I have achieved in my time here. I am lucky to have a fantastic team of people around me and some of the most talented individuals in the business. I work for a company that values its staff and rewards individuals that put in the effort by promoting from within and rewarding success. We have a team who enjoy taking life a lot lighter than it usually is and we have a great laugh whilst working incredibly hard. My favourite things about Swanline are the values and integrity of the company and the team of people that I work alongside.  They make a difficult job a lot easier.”

In his spare time, Paul enjoys watching football and cooking, alongside meals out and socialising. He makes a mean curry!  He plays Spanish guitar, as well as electric and steel string acoustic guitar, though claims he is a poor player.

Paul collects watches, as well as pocket knives and whiskey – potentially an accident waiting to happen! He enjoys constructing large Lego technique sets and has convinced himself that it’s not for children, preferring to call it an ‘engineering project for adults’.

Paul’s one piece of advice is “Always save for tomorrow but still try to live everyday as if it is going to be your last.”